Asked what was being done to attract the visitors to London, Vanessa said that as well as the exhibition itself, there would be a strong conference, a gala dinner, a seminar programme supported by key industry authorities and associations, a series of social and networking functions and the internationally recognised Cleaning Show Innovation Awards. BCCE is also considering employing an agency that will put together travel and accommodation packages, as well as an evening event programme to ensure that visitors get the best out of their time in London and that those who may be visiting alone are not left wondering what to do with themselves once the Show closes its doors in the evening.

"We're expecting that this will provide an unrivalled networking event for the industry in the UK," she said. "Those who attend will make valuable new contacts while strengthening existing business relationships."

But what about the exhibitors? What's being done to ensure that they come to London?

"If we can assure them that the visitors will come, then they'll book space," said Vanessa. "And although many of them - and particularly the large manufacturers - have said that cost isn't an issue, those taking advantage of the Early Bird Rate will pay the same as they paid in 2013. The money doesn't have to be paid immediately either and companies have the option of paying in instalments.

So if it's not cost that's kept the major manufacturers at bay, what is it?

"There are several factors," explained Vanessa. "We've been talking to them, we've listened and we've taken on board what they've said, which is that if we market the Show properly and add value to the event, they'll exhibit.

"This means a strong marketing campaign which is starting now. It will involve sending out targeted press releases and e-casts as well as advertising across several sectors in a much wider selection of magazines than we have in the past. It means using social media such as Twitter and LinkedIn. It also means making improvements to our website - which we've already started - to ensure it is much easier to navigate and that it contains everything anyone might wish to know about the event.
"To add further value, any company that's a member of an industry association will have the opportunity to put on a seminar and these seminars could enable delegates to obtain qualifications or CPD points.

"We're in talks with the European Federation of Cleaning Industries to see if we can bring the annual conference to London to coincide with the Show. And of course while the delegates are here, they'll visit the Show!"

Doug explained that there is a good demographic of show visitors on the database, with the majority at management level or above. "642 of them have an annual budget of £1million to spend on cleaning products and equipment and if they're spending that as a result of visiting a show then there will be some very happy exhibitors about! But more generally, 93% say they influence the sourcing of products and services and over 93% say they have a purchasing responsibility. Over 60% of visitors attend the event to source new products and services and companies that don't exhibit will miss out on what will potentially be an awful lot of business."

The Show will take place from Tuesday 10th March, to Thursday 12th March 2015, in ExCeL London - a multiple award-winning venue located in London's docklands, just five minutes way from London City Airport and within three hours of many European locations.

ExCeL London's unique campus environment is home to six onsite hotels covering some 1,400 rooms, over 40 onsite cafes, bars and restaurants, three Docklands Light Railways stations (of which two are linked directly to the venue) and 3,700 parking spaces. England's only cable car links ExCeL to the 02. 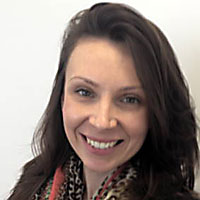